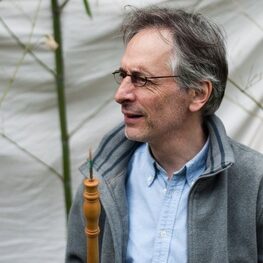 Peter Frankenberg studied musicology at the university of Utrecht, Holland, and baroque oboe at the Royal Conservatory in The Hague with Ku Ebbinge. He worked two years at the institute of musicology at the university of Trondheim, Norway. During his entire study period he was mainly engaged in the music of Bach.
From 1988 he is regular oboist in the Dutch Bach Society. Furthermore he is working regularly with different Dutch and other European ensembles, such as Freiburger Barock Orchester, Concerto Köln, Göttinger Festspiel Orchester, Drottningholm Orchestra Stockholm, Amsterdam Baroque Orchestra (Ton Koopman), Musica Amphion, Concerto Amsterdam and Anima Eterna (Jos van Immerseel).
He made numerous CD recordings with these ensembles and gave concerts in almost all european countries, United States, South America, Israel, Japan and China.
He is teaching regularly at (summer)courses in a.o. Poland (Bydgoszcz), Israel, Spain, Portugal and Belgium.