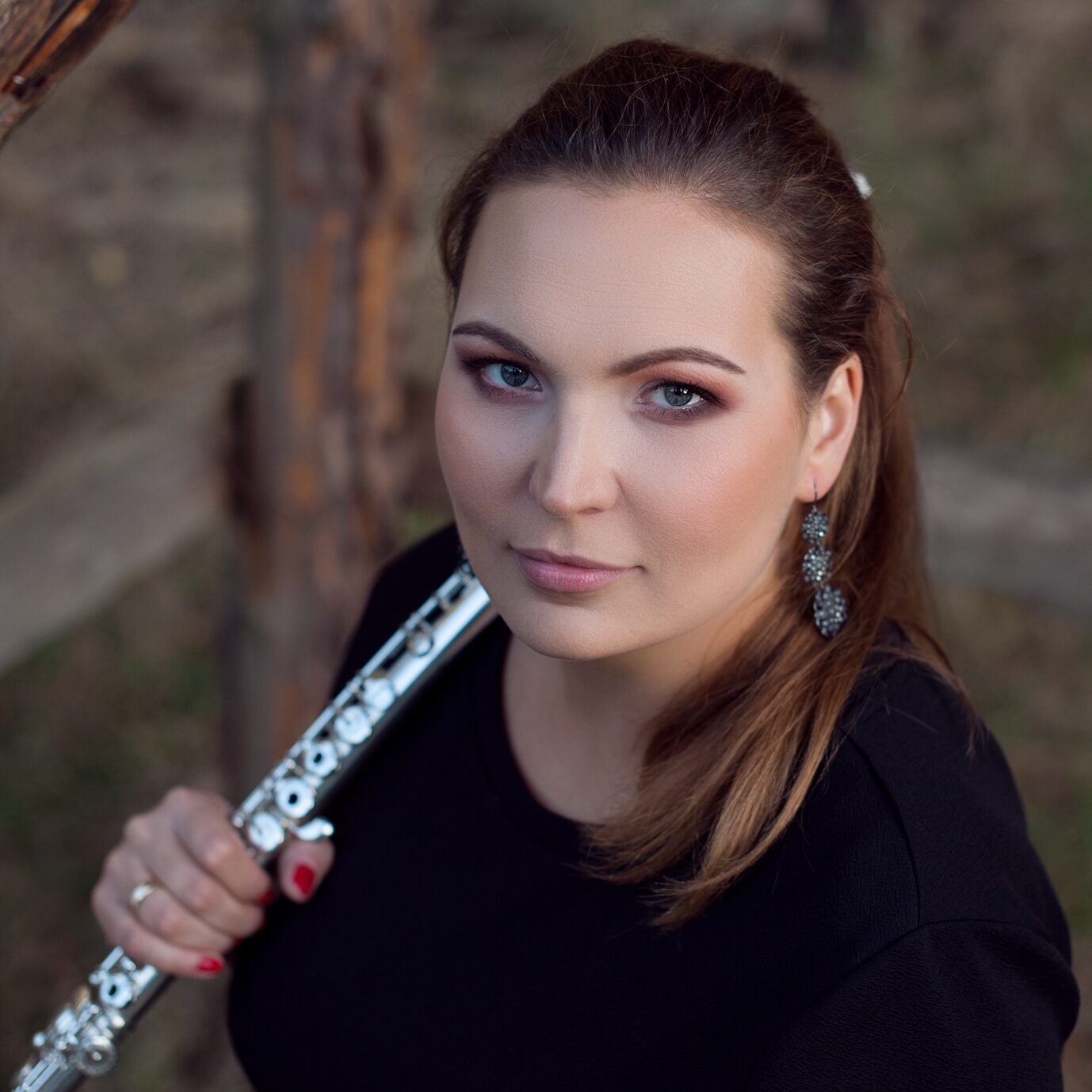 Flutist, soloist of the Opera Nova Orchestra in Bydgoszcz, doctoral student and teacher at the Feliks Nowowiejski Academy of Music in Bydgoszcz.

In the years 2008-2010 she was the principal flutist of the Polish Sinfonia Iuventus Orchestra (currently: Jerzy Semkow Polish Sinfonia Iuventus Orchestra), with which she had recorded eight CD albums (DUX, CD Accord, Albany Records). In 2009, as a result of all-European auditions she became a member of the Gustav Mahler Jugendorchester and participated in Orchestra’s European tournée, performing i.a. at the Royal Albert Hall in London (BBC Proms), Musikverein Wien, Concertgebouw Amsterdam or at the Lucerne Festival.

Agnieszka Bartoszewicz performs in concert as a soloist and chamber music player at Polish and international music festivals. In 2018 she represented the Academy of Music in Bydgoszcz and the Kuyavian-Pomeranian Voivodeship as a soloist at the concert during the 31. International Music Festival conducted by Maestro Mitsuyoshi Oikawa at the Tokyo Metropolitan Theatre (invitation of the Kuyavian-Pomeranian Voivodeship Marshal and the Polish Institute in Tokyo). She also performed as a soloist with Polish Sinfonia Iuventus Orchestra, Lutosławski Youth Orchestra, Toruń Symphony Orchestra, Oskar Kolberg Świętokrzyska Philharmonic Orchestra, Frederic Chopin University of Music Symphony Orchestra. She participated in chamber music concerts organised by e.g. Polish Composer’s Union or Polish Author’s Society (Polish contemporary music performance), Warsaw Philharmonic, Masovian Institute of Culture or Pomeranian Philharmonic in Bydgoszcz.

She made numerous musical recordings for E-learning materials within the Academy of Music in Bydgoszcz competition projects granted by the Polish Ministry of National Education.

Since 2014 she is a soloist-musician at the Orchestra of Opera Nova in Bydgoszcz. She participates in Opera Nova’s repertoire spectacles, premieres, concerts, as well as DVD recordings (Rusalka – 2016, Halka – 2018).