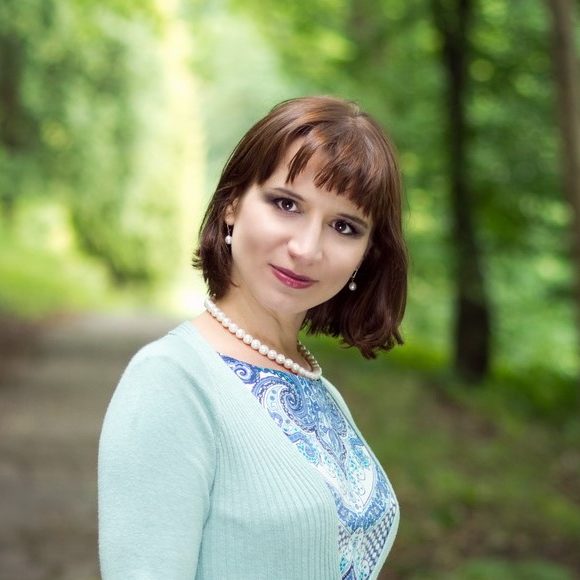 Pianist, chamber musician, vocal coach. A graduate of the Feliks Nowowiejski Academy of Music in Bydgoszcz, from which she graduated with honours in the piano class of Prof. Wiesława Ronowska (2006). She worked on improving her skills with Prof. Katarzyna Popowa-Zydroń during a postgraduate course at the Academy of Music in Bydgoszcz (2008). As a scholarship holder in the Socrates Erasmus programme, she also studied at Instituto Musicale Achille Peri in Reggio Emilia (Italy) in the class of Prof. Ennio Pastorino and Prof. An Li Pang (2005). She has completed a postgraduate lieder course at the Fryderyk Chopin University of Music in Warsaw (2012). For her artistic achievements, she twice received a scholarship from the Minister of Culture and National Heritage, a scholarship from the Kujawy-Pomerania province head and a Mayor of Toruń Prize. Since June 2015 she has been a participant in the Young Talents Development Programme (Opera Academy) at the Teatr Wielki – Polish National Opera. She has taken part in workshops and master classes taught by artists including Eytan Pessen, Matthias Rexroth, Izabella Kłosińska, Jerzy Marchwiński, Neil Shicoff, Tatiana Busuioc, Anna Marchwińska and Brenda Hurley. She has been a pianist and coach at the Vocal and Acting Faculty and the Instrumental Faculty of the Academy of Music in Bydgoszcz since 2006. Since 2011 she has also been teaching at the Vocal and Acting Faculty of the Paderewski Academy of Music in Poznań. She often performs in chamber music concerts as well as accompanying singers during concerts, competitions, festivals and master classes. She has an extensive repertoire of vocal and violin as well as viola, cello and other music literature. She has received an individual prize from the rector of the Academy of Music in Bydgoszcz and a group prize from the rector of the Academy of Music in Poznań (2014). She performed as an official pianist during 9th International Moniuszko Vocal Competition in Warsaw (2016).