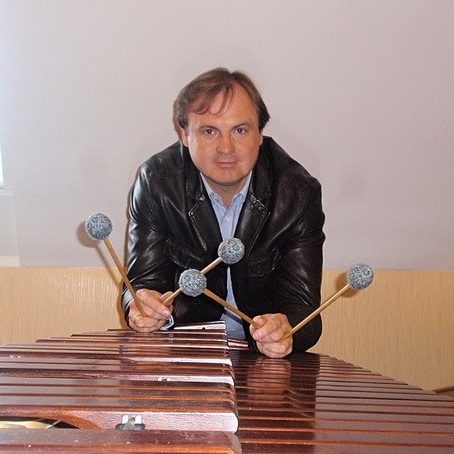 Grzegorz Jurczyk (full professor) is a graduate of the Feliks Nowowiejski Academy of Music in Bydgoszcz. After graduation he perfected his percussion skills in Robert van Sice’s class as a student of a post-degree programme at the Rotterdam Conservatory in Holland. He has also been the recipient of an art scholarship awarded by the Ministry of Culture and Art, and a scholarship granted by the European Foundation Tempus.

Grzegorz has actively been involved in projects specializing in the historically informed performance of 17th and 18th-century music since 1998. He has collaborated with such baroque ensembles as Marek Toporowski’s Concerto Polacco Orchestra, Agata Sapiecha’s Il Tempo Ensemble, the Lower Silesia Baroque Orchestra, the Lyrical Orchestra, the Jasna Góra Monastery Ensemble or the Accademia dell’Arcadia Orchestra. With these orchestras he has recorded twelve CD albums and and two DVDs. He has also performed at early music festivals, including the International Bach Festival in Świdnica, the Early Music Festival in Warsaw, the Gaude Mater Festival of Sacred Music in Częstochowa, the International Summer Early Music Academy in Warsaw, and the International Wratislavia Cantans Festival in Wrocław.