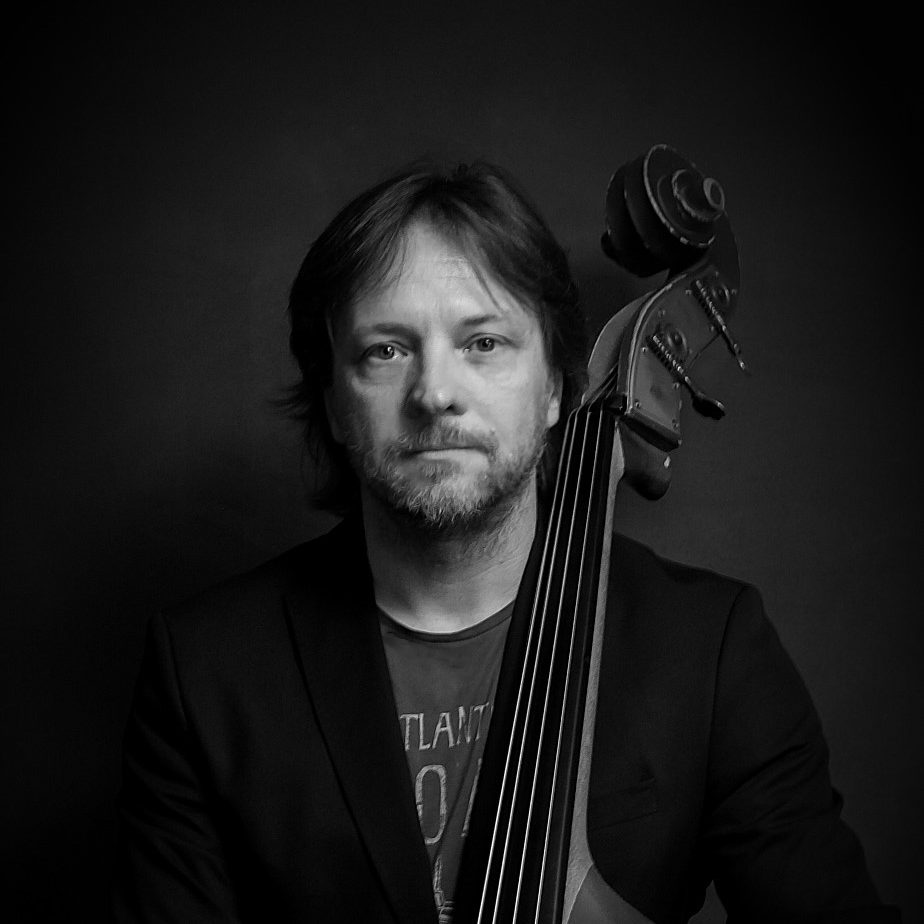 A graduate of The Feliks Nowowiejski Music Academy in Bydgoszcz in Doctor Zbigniew Wrombel’s double bass class. He is a versatile musician playing both bass guitar and double bass equally successfully. He has been active on the music scene for almost three decades. He is a linchpin of numerous bands originating from Bydgoszcz. He made his debut in the band West in 1990, winning with them his first jazz laurels in Jazz Juniors festival in Krakow. He cooperated with a drummer Jacek Pelc, constituing the core of his bands. He co-founded vibraphonist Karol Szymanowski’s trio, trumpeter Andrzej Przybielski’s band Asocjacja, pianist Krzysztof Herdzin’s trio; he supported guitarist Piotr Olszewski’s and drummer Piotr Biskupski’s bands as well as Józef Eliasz ‘sBig Band and many other projects and bands from Bydgoszcz. He cooperated with leading Polish jazz musicians such as Jarosław Śmietana, Jan Ptaszyn Wróblewski, Janusz Strobel, Wojciech Karolak as well as performers of other musical provenance such as Sławomir Wierzcholski, Krystyna Stańko, Mariusz Lubomski and Tomasz Kamiński. He also cooperated with numerous foreign performers, including Dirk Engelhard, Uli Orth, Marqe Lowental, David Gołoszczokin and many other foreign artists. He is a well-regarded session musician. He has recorded tens of albums with artists from a very diverse musical spectrum. He himself makes music that can be situated on the borderline between different styles, but with a strong jazz core. Apart from making music, he is involved in pedagogical and educational work. He is, among others, the author of a series of concerts presenting the achievements of the academic community entitled Bydgoszcz Jazz Academy(Bydgoska Akademia Jazzu). He is also engaged in cultural journalism in the pages of newspapers and magazines in Bydgoszcz.