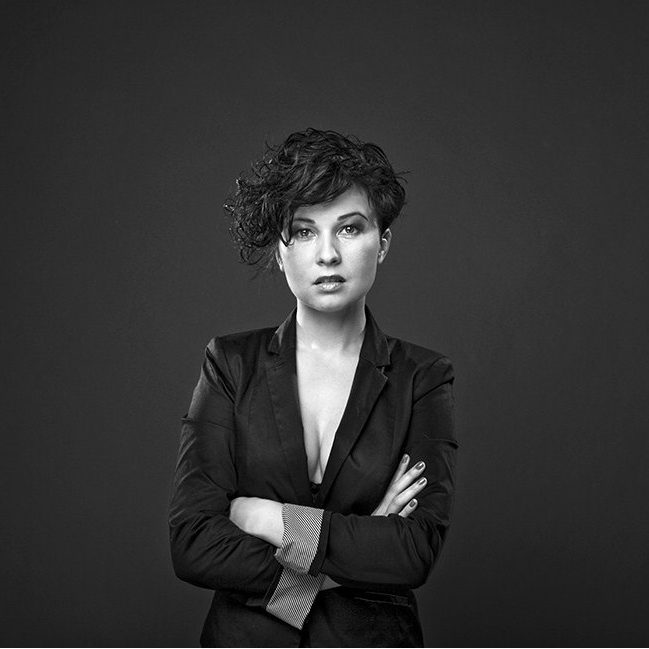 Kamila Abrahamowicz-Szlempo was born in 1984 in Prudnik. She graduated from the Feliks Nowowiejski Academy of Music as a violinist (2009), conductor (2010) and jazz vocalist (2011). She took jazz vocal classes with prof. Joanna Żółkoś-Zagdańska at the Academy of Music in Bydgoszcz. In 2013 she completed her doctorate in musical arts on jazz vocal studies. Her dissertation was entitled „Scat as an individual form of artistic statement in jazz music on the bases of my own stage experiences”. She won numerous awards in various competitions. The most important for her are the second prize in the 5th International Festival „Jazz Struggle” in Szczecin (2006) and the first prize with a special award in 1st European Music Meeting in Żyrardów (2006). She developed her vocal skills in a number of workshops, conferences and individual vocal classes with some great coaches and teachers, such as Jeffrey Skounson (USA), Dean Kaelin (USA), Judy Bady (USA), Daniel Zannger (Sweden), Krzysztof Wojciechowski (PL), Jorgos Skolias (PL), Krystyna Prońko (PL) an many others. In 2016 she participated in 5-days Singer Course (Complete Vocal Technique) in Complete Vocal Institute in Kopenhaga. In 2015, as Kami, she recorded her debiut album „Wherever You Go”. In 2017 she recorded vocals for jazz-blues-rock trio Scodrix. The group had their live debiut during the International Jazz Festival in Prudnik in 2017. As a vocalist, violinist and conductor she participated in numerous festivals and concerts in Poland and had a pleasure to work with many great musicians, such as Maciej Sikała, Michał Grott, Piotr Biskupski, Stan Borys, Kamil Pater, Grzegorz Nadolny, Jerzy Główczewski, Hania Stach, Wiktor Tatarek, Michał Szlempo, Tomasz Świerk, Adam Lemańczyk and some great jazz and symphony orchestras. Since 2010 she has been teaching jazz vocal at jazz vocal specialization at the Feliks Nowowiejski Academy of Music in Bydgoszcz.