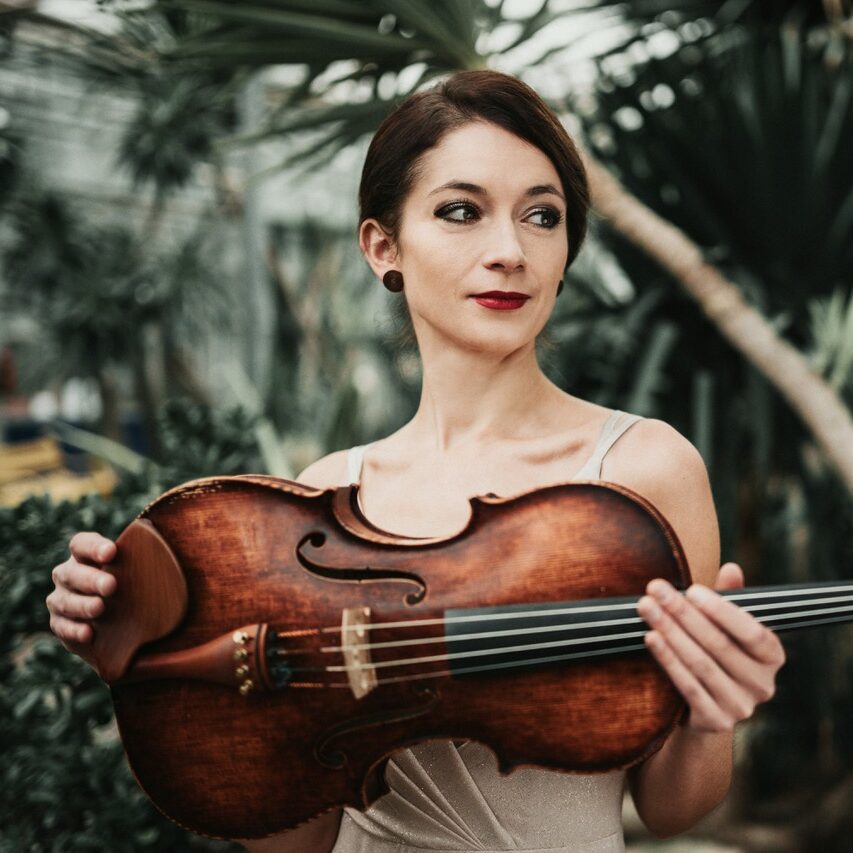 She began her musical education at the age of 9 at the Primary Music School in Dyatlovo and since 2003 she continued her studies at the Republican Music College (Minsk) with Larisa Watamaniuk.

Karalina Orsik-Sauter was awarded with two scholarships by the Mayor of the City of Bydgoszcz and the Polish Ministry of Culture and National Heritage Scholarship “Młoda Polska” thanks to which she recorded a CD with Polish music.

Karalina has appeared in a number of prestigious festivals abroad, such as the Davos Festival in Switzerland, the Quatuors à Bordeaux, Festes Baroques, Festival and the Château de Lourmarin Summer Music Festival in France, the Zeist Music Days in Holland, or the Musethica concerts in Spain; as well as in Poland, in the Karol Szymanowski Music Days (Zakopane), the Emanations International Music Festival (Lusławice), the International Young Music Competition Winners Festival (Katowice) and the Urle Chamber Music Festival. She has also performed at most of the local, Bydgoszcz-based artistic events, among which are the Old Waterworks Chamber Music Festival, the ‘Music in the Blumwe Villa’ project, the ‘Eye Never Sleeps’ International Contemporary Art Festival, the Fonomo Music & Film Festival and the Bydgoszcz Science Festival.

Since 2018 Karalina Orsik-Sauter, as a member of the Ãtma Quartet, has been actively participating in the Le Dimore del Quartetto (Milano), promoting Polish music in Italy. The ensemble has also been engaged in the French ProQuartet programme. In 2021 the quartet has been selected for MUSA – European young MUsicians soft Skills Alliance, a professional training project ideated by Le Dimore del Quartetto and co-funded by the Erasmus+ Programme, aimed at enhancing musicians’ entrepreneurial skills.