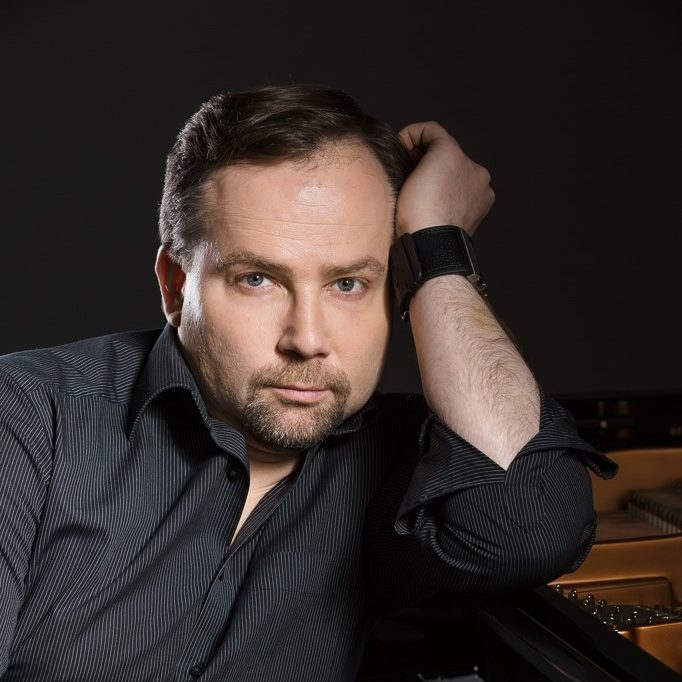 Krzysztof Herdzin is one of the most exceptional versatile pianists, composers and arrangers in Poland today. He was born in 1970 in Bydgoszcz, where he attended secondary music school. On graduating from the Bydgoszcz Academy of Music in the piano masterclass of J. Sulikowski and K. Popowa – Zydron ( Class of 1993 ) he became a faculty member of the Academy and has taught there for three following years, coming again to teach in 2010. He appeared in several orchestral concerts: „Gershwin’s Rhapsody in Blue”, Grieg’s „Piano Concerto in a-minor” and his own „Concertino for piano and orchestra”. He recorded chamber music pieces for the Bayerische Rundfunk in Munich, performed as pianist with clarinettist Wojciech Mrozek, classical saxophonist Pawel Gusnar, violinists Vadim Brodsky, Mariusz Patyra and famous flutists Jadwiga Kotnowska, Agata Igras-Sawicka, collaborated with Yehudi Menuhin’s „Live Music Now” fund based in Germany.

Krzysztof Herdzin recorded 17 CD as a leader, and as a pianist, composer, arranger and conductor took part in recording of over 200 albums. As a producer and arranger recevied 17 Gold Records and 5 Platinum Records. He has taken part in many television productions for both public and private television stations in Poland. He has been a staff member and lecturer at numerous music workshops and held the function of artistic director of prestigious concerts.

He orchestrated and arranged music by famous Polish composer Jan A. P. Kaczmarek, on the movie „Finding Neverland”, which won an OSCAR’ 2005. His band West won the main prize at the 1990 Jazz Juniors Festival in Cracow. In 1993 he won the third prize at the International Jazz Improvisation Competition in Katowice. He is a double winner of the „Key to Career” at the Pomorze Jazz Autumn in 1989 as member of the band Ostatni Dzwonek and in 1993 as member of KGB. Spotted by jazz talent scouts Jan Ptaszyn Wroblewski, Janusz Muniak, Kazimierz Jonkisz and a „legend” of Polish jazz Z. Namyslowski ( 1996 – 2002 ) he has learned the practical aspects of performing in their ensembles.
He’s been a pillar of Jacek Pelc’s City Jazz Trio, Eryk Kulm’s Quintessence/ 96, Mariusz Bogdanowicz’s Back to the Bass. He has worked with M. Kulenty, W. Staroniewicz, A. M. Jopek, E. Bem. E. Geppert, A. Serafinska, D. Miskiewicz, L. Szafran, M. Szczesniak.