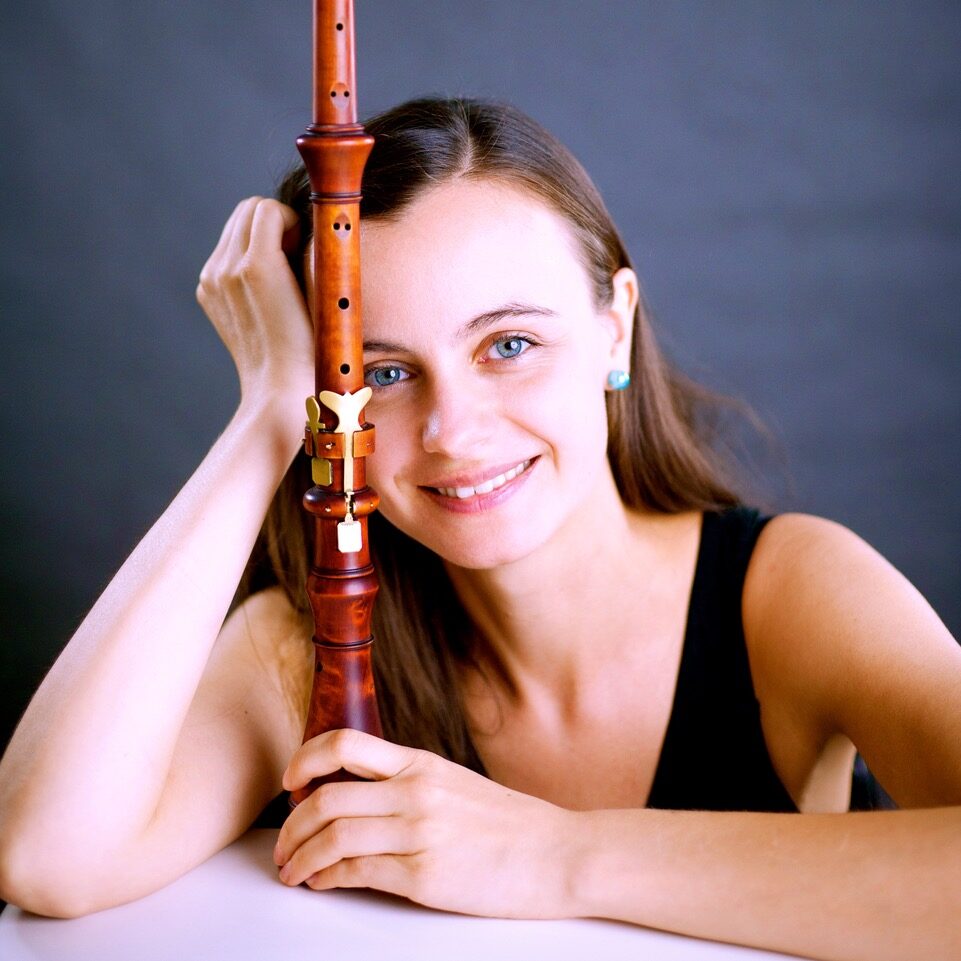 Her performances as a soloist include concerts with the Polish Radio Chamber Orchestra, Philharmonic Orchestra in Poznan, Verona Philharmonic Orchestra, as well as on historical oboes, with the Chamber Orchestra “Il Tempo” under Simon Standage at the Royal Palace in Warsaw, with Ensemble Matheus at the Chateau Royal in Versailles, with La Folia Baroque Orchestra and in solo arias with singers such as Cecilia Bartoli, Philippe Jaroussky, Franco Fagioli, Joyce Didonato and Sandrine Piau.

2005 she obtained a scholarship for the Modern Music Academy in Lucern directed by Pierre Boulez, organized by the International Music Festival in Lucerne. She collaborated regularly with the Opera Orchestra in Zurich from 2006 until 2010, with whom she performed under directors like Adam Fischer, Franz Welser-Moest, Marc Minkovski, Michael Gielen and Nello Santi.

Magdalena is a laureate of international competitions on modern oboe in Lvov/Ukraine (2000, 1st prize), the 34th International Music Competition in Bern (2000, special prize from the jury), the 7th International Music and Art competition in Takasaki/Japan (2001, 1st prize), at the Juetting-Czerny Music Prize Competition (2003, winner) and, on the baroque oboe,  at the Early Music Competition “Premio Nazionale delle Arti” in the soloist category (Vicenza, 2008, 2nd place and the special prize). She also received art prizes from the City of Poznan (2003) and from the Polish Minister of Art and Culture ( 2004).

She made CD and DVD recordings for Decca, Emi Virgin Classics, Naiv, Sony and Outhere Music and has given concerts in Poland, Germany, France, Austria, Holland,  Ukraine, Switzerland, Italy, Finland, Sweden, England,  Japan, Israel  and the USA and played in in many prestigious concert halls like the Conertgebouw in Amsterdam, Barbican in London, Konzerthaus in Vienna, Theatre des Champs Elysees in Paris and the Chateau de Versailles among others. Her recordings were aired by the German radio and television, as well as by  Polish, Czech, Swiss, English, Hungarian, Swedish and Japanese radio stations.

Her recent recording on historical oboes include Vivaldi’s oboe concerto for Sony Harmonia Mundi with the german baroque orchestra La Folia, Mozart’s Arias and Ouvertures with the Millenium Orchestra for Outhere Music, as well as Brandenburg Concertos with Ensemble Zefiro.

In 2018 and 2019 she performed at the Festspiele in Salzburg among others, as well as attended concert tours with Capella Real de Catalunya under Jordi Savall.