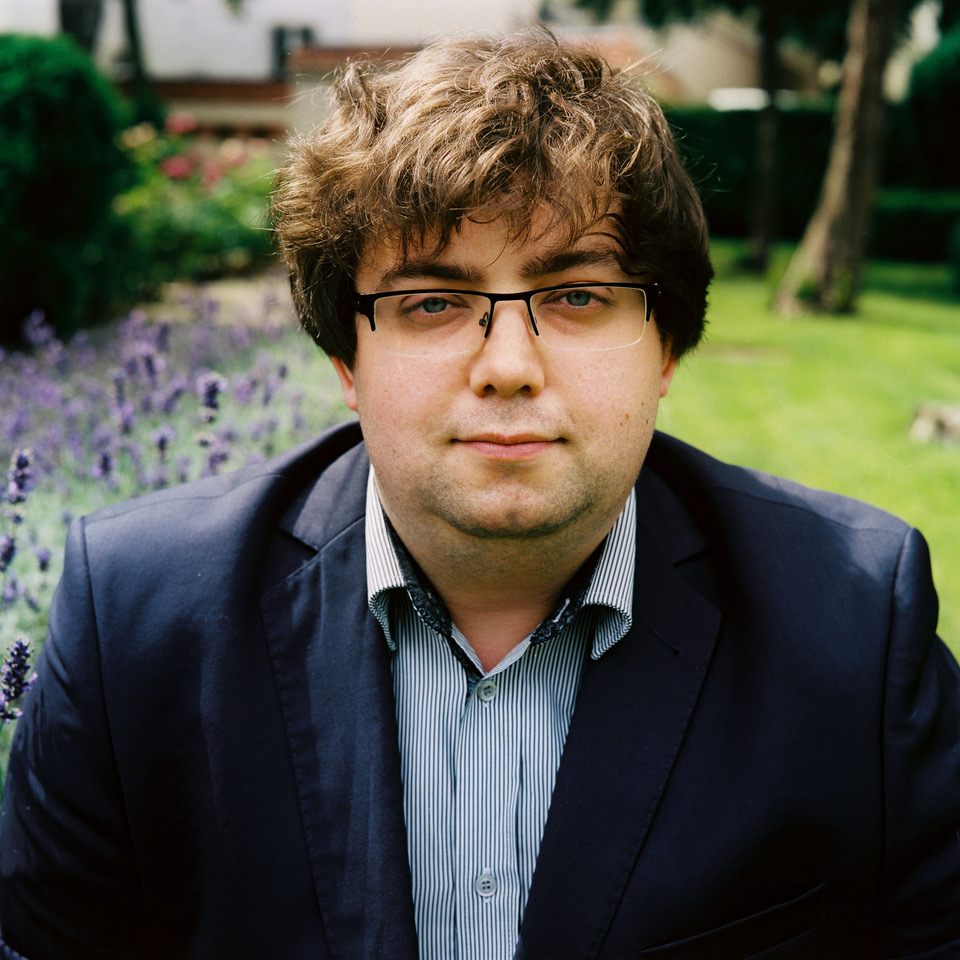 He graduated from the Artur Rubinstein State Music Schools in Bydgoszcz in organ and piano classes. Afterwards, he graduated in the organ class of Prof. Radosław Marzec and Prof. Piotr Grajter and in the harpsichord class of Prof. Urszula Bartkiewicz at the Feliks Nowowiejski Music Academy in Bydgoszcz. He is currently a doctoral student at the above mentioned Academy, specialising in harpsichord playing. He has participated in numerous master class courses conducted by, among others, Elżbieta Stefańska, Barbara Maria Willi, Christine Schornsheim, Gośka Isphording, Józef Serafin, Marek Toporowski, Olivier Latry, Robert Bates, Gustavo Delgado Parra, and many others. He is a laureate of competitions, including an honourable mention at the 2nd National Organ Competition organised as part of the Organ and Chamber Music Festival (Krasnobród 2009) and 3rd place at the 1st Inter-Academy Organ Competition (Katowice 2012). In April 2013, he received the Nakło County Governor’s Award in the area of artistic creativity for the dissemination of culture and art. In 2018, he received the Scholarship of the President of the City of Bydgoszcz for people involved in artistic creation and dissemination of culture. He works at the F. Nowowiejski Academy of Music in Bydgoszcz, teaching such subjects as basso continuo accompaniment, chamber music, and the main subject – harpsichord. Besides, he works as an organ teacher at the A. Rubinstein State Music Schools in Bydgoszcz and organist and conductor of the choir of the Most Blessed Virgin Mary of Mount Carmel parish in Bydgoszcz. He also plays the harpsichord in the Ensemble Inégalité early music ensemble. The other members of the ensemble are Irena Filuś (baroque violin), Natalia Tyrańska (baroque violin) and Weronika Kulpa (baroque cello). Ensemble Inégalité released its debut album La Variété in September 2018. He has collaborated as a harpsichordist, organist and pianist with orchestras such as Capella Bydgostiensis, the Pomeranian Philharmonic Symphony Orchestra, and the Bydgoszcz Symphony Orchestra, as well as the Polish Film Music Orchestra. In August 2019, he performed under the baton of Tomáš Netopil with the orchestra at the Archbishop’s Palace in Kroměříž, performing the harpsichord concerto by H.M. Górecki.