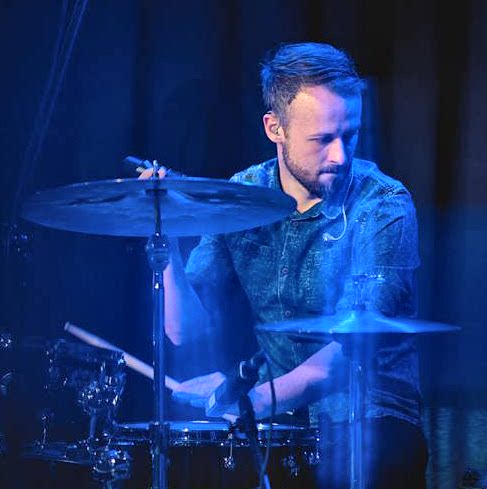 Mateusz Krawczyk was born in Bydgoszcz Poland. He graduated of the Music Academy Feliks Nowowiejski in Bydgoszcz in the percussion class on the Jazz and Music Education and Instrumental studies. In 2010, he received a distinction at the National CEA auditions in Warsaw. In 2011, during the XVI Big Band Festival in Nowy Tomyśl as a member of the JazzBigBand 75 team, he received a prize for the best instrumentalist of the festival. He collaborates with the Pomeranian Philharmonic in Bydgoszcz, the Płock Philharmonic, the Polish Sinfonia Iuventus Orchestra. He is a member of the Scodrix ensemble, “Jachna, Cichocki, Urowski, Krawczyk Quartet”, “WidePoint” Urowski / Lemańczyk / Wendt / Krawczyk. As a drummer in the accompanying section, he performs at workshops and festivals all over Poland. He is invited to cooperate in many cultural events throughout the country.