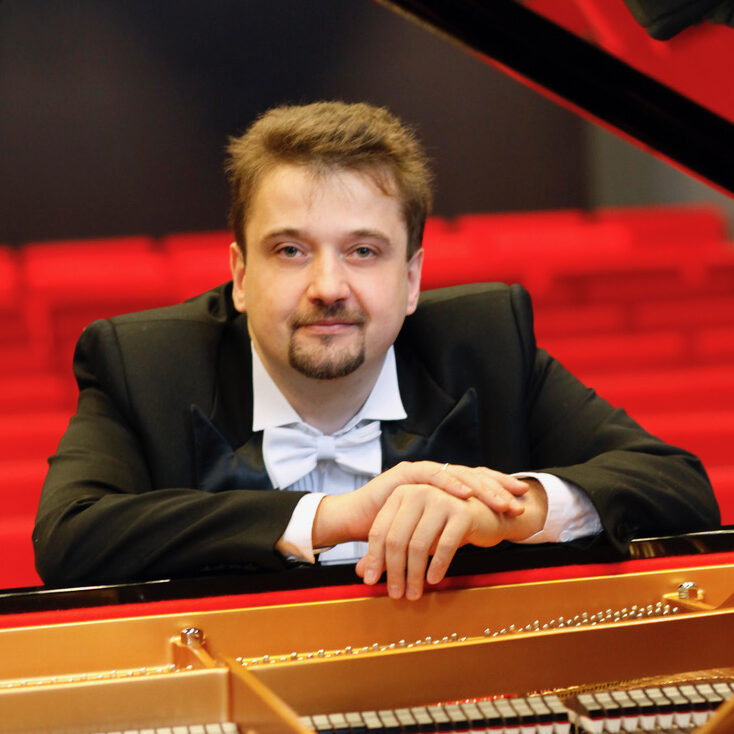 Piotr Kępiński (associate professor) studied piano with Katarzyna Popowa-Zydroń at the Stanisław Moniuszko Academy of Music in Gdańsk (1993–1998). He then honed his piano skills with Wojciech Świtała by doing a post-degree study programme and with Kevin Kenner as a participant in masterclasses held in Krynica (Poland). He won a special award as a semifinalist of the 15th International Piano Competition in Monza (Italy). He accompanied violinists at the 12th International Henryk Wieniawski Violin Competition in Poznań, earning himself great critical acclaim. At the Jan Rakowski Viola Competition in Poznań (2003) he received a diploma for his invaluable contribution to the artistic value of the contestants’ renditions of the presented works. He was appointed the official accompanist of the 13th International Henryk Wieniawski Violin Competition in Poznań. He has worked with such outstanding artists as Jadwiga Kaliszewska, Konstanty Andrzej Kulka, Jan Paruzel, Wojciech Drabowicz, Antoni Cofalik, Michał Grabarczyk, Lech Bałaban, Bartosz Bryła, Marcin Baranowski or Vadim Brodsky. Piotr is busy performing solo and with chamber ensembles at home and abroad. He boasts a vast repertoire ranging from baroque to contemporary music. He is frequently asked to perform as an accompanist at international competitions and music courses. In April 2005 he obtained his doctoral degree. He works as an associate professor at the Feliks Nowowiejski Academy of Music in Bydgoszcz, where he conducts piano and chamber music classes as well as co-teaches the violin class of Vadim Brodsky. He is also a successful piano teacher at the Artur Rubinstein State Primary and Secondary Music School in Bydgoszcz.