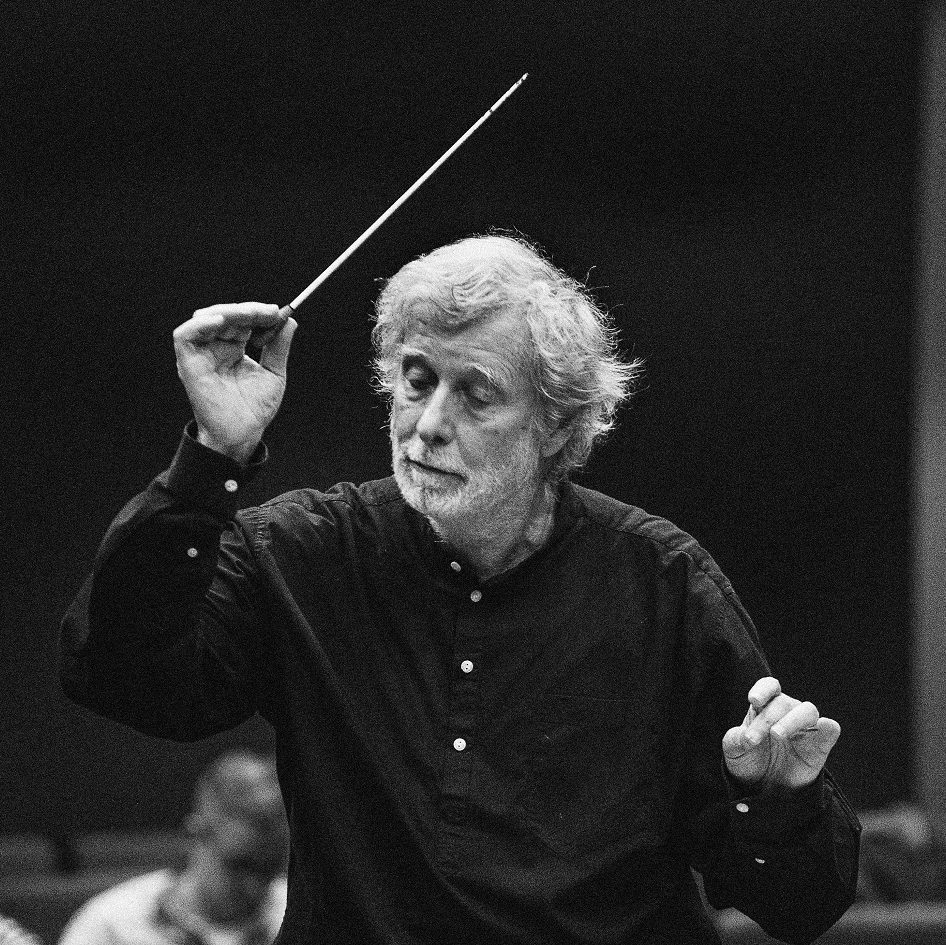 One of the most distinguished Polish conductors. Born April 4th, 1947 in Łódź, Poland. He studied conducting with Stanislaw Wislocki (an honours degree, 1972), music theory (an honours degree, 1971) and composition with Andrzej Dobrowolski at the Warsaw Music Academy (today Frederic Chopin Music University).

From 1973 to 1978 Wojciech Michniewski was closely associated with the Warsaw National Philharmonic, at the beginning as an assistant-conductor, perfecting his skills in close collaboration with maestro Witold Rowicki, and from 1976 as a permanent staff conductor. At the same time, together with Krzysztof Knittel and Elzbieta Sikora, he formed the KEW composers’ group, very active in the seventies, creating collective compositions and organizing contemporary music concerts. In 1974 he received an award in the National Conducting Competition in Katowice. In 1977 he won the 1-st Prize and Gold Medal in the Milan’s La Scala Guido Cantelli international conducting competition; in 1978 – the Bronze Medal in the international Ernest Ansermet conducting competition in Geneva. From 1979 to 1981 Wojciech Michniewski was artistic director of the Grand Opera Theatre in Łódź, and simultaneously (until 1983) music director of the Modern Stage at the Warsaw Chamber Opera. In the years 1984-1987 he was permanent guest conductor of the Polish Chamber Orchestra in Warsaw, playing an important role in the transformation of this ensemble into well-known Sinfonia Varsovia. From 1987 to 1991 he was the managing and artistic director of the Poznań Philharmonic. After 1991 he has decided not to accept any permanent position and currently he is exclusively guest-conducting.

Wojciech Michniewski has conducted both – symphonic concerts and opera – in almost all European countries, in Asia, North and South America. Apart from the vast classical repertory he is particularly valued for his interpretations of contemporary music. He has brought many world’s contemporary pieces to the Polish audience, conducting – among others – first Polish performances of works by such 20th century and modern composers like Adams, Andriessen, Balakauskas, Berio, Boulez, Denisow, Dusapin, Dutilleux, Ferrari, Glass, Grisey, Halffter, Hosokawa, Kagel, Kancheli, Kurtág, Ligeti, Mâche, Maderna, Maxwell-Davies, Messiaen, Nordheim, Nørgård, Nyman, Padding, Reich, Takemitsu. In the Warsaw Grand Theatre – National Opera he recently prepared and conducted numerous world-premieres of stage works by Pawel Mykietyn, Elzbieta Sikora, Roxanna Panufnik, Dobromila Jaskot, Aleksandra Gryka; in the Wroclaw Opera the Polish premiere of the opera by Hanna Kulenty ‘The Mother of the Black-Winged Dreams’, in the Łódź Grand Opera Theatre the world premiere of the opera by Marta Ptaszynska ‘The Lovers from the Valdemosa Cloister’; in the UNESCO Hall in Paris (with the Gdańsk Baltic Opera company) the world premiere of the opera by Elzbieta Sikora ‘Madame Curie’ – the first production out of the planned ‘Opera Gedanensis’ cycle, presenting modern operas commissioned by Gdańsk Opera. In 2013 two modern opera events under his baton achieved great acclaim – the world premiere of ‘Qudsja Zacher’ by Pawel Szymanski in the Warsaw National Opera and the production of Krzysztof Penderecki’s ‘Ubu Rex’ staged by Janusz Wisniewski in the Baltic Opera.

Wojciech Michniewski took part in numerous international music festivals. He has many radio, CD and TV recordings to his credit. In 1996 his CD with Witold Lutoslawski’s music won the ‘Fryderyk’ prize (the Polish equivalent of ‘Grammy’ award). In 1999 the same prize was awarded to another of his CD’s – the Rossini gala concert with the outstanding Polish contralto Ewa Podles; in 2004 his CD with the works by Mieczyslaw Karlowicz and Wojciech Kilar won the nomination again. His DVD with an opera ‘Madame Curie’ was awarded the Académie du Disque Lyrique ‘Orpheus’ prize. In 2005 he received the Award of the Polish Composers Union ‘for many years of creative support and presentation of Polish contemporary music’. In the same year he received the Polish ‘Merited to Culture Gloria Artis’ medal. He also runs a conducting class at the Music Academy in Bydgoszcz, Poland.